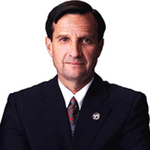 Benjamin Franklin in the Archives of Spain: Uncovering an Unknown History

Join us for a presentation with Dr. Thomas E Chávez, LAII Research Associate and noted historian, as he discusses how, from his early correspondence with the Prince of Spain through his election as an honorary member of the Spanish Royal Academy of History, Benjamin Franklin, whom the Spanish always referred to as Dr. Franklin, corresponded and negotiated with Spanish officials and intellectuals. The success of Franklin's encounters with Spain led directly to the establishment of the United States and effectively hid the records of his efforts from common knowledge. While Franklin's connection to Spain can be gleaned from American sources a whole new and refreshing side to the story is housed in the archives of Spain. The Franklin in the Archives of Spain Project has embarked on an effort to retrieve those never before used records and publish them in annotated form so that students of Franklin, U.S. Independence, and the inception of U.S. Hispanic relations can be studied from a new perspective.