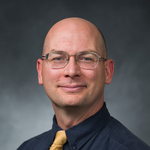 Mexico in the Key of Rock: Some Thoughts on Music and Literature

Join the LAII and the Department of Spanish and Portuguese for a presentation with Dr. Brian Price of Brigham Young University as he discusses research related to his most recent book project, Viva Rockotitlán: Rock Literature in Mexico (1955-2015), which tells the story of how rock and roll transformed Mexican literature and, by doing so, revolutionized the way that citizens imagined themselves and their nation.

In this presentation, Price lays out the basic goals and theoretical framework for studying audiotropic literature. Taking cues from Jacques Attali, Christopher Small, Roland Barthes, Josh Kun, and Eric Zolov, he argues that rock literature and film offer resistance to traditional national narratives by interrogating the limits of modernity in Mexico, problematizing the arbitrary categories of identity discourse, and foregrounding the marginal experience of adolescence. In this manner rock literature can be read against the grain of canonical literature, a window onto the development of Mexican literature that provides radically innovative experimental writing and new narrative strategies previously unexplored by the scholars who have focused only on literary or filmic conventions. The central focus of the analysis is a selection of the most recent rock literature publications, including Eduardo de Gortari's La radio en el pecho and Alejandro Carillo's Adiós a Dylan.

Price (PhD, University of Texas at Austin) is an Associate Professor of Spanish at Brigham Young University. His areas of scholarly interest include 20th and 21st-century Mexican literary, film, and cultural studies; Latin America’s historical novel; Hispanic appropriations of Anglo-American high modernism; countercultural movements; and rock and roll. He is the author of Cult of Defeat in Mexico’s Historical Fiction: Failure, Trauma, and Loss (Palgrave, 2012), coeditor of TransLatin Joyce: Global Transmissions in Ibero-American Literature (Palgrave, 2014), and editor of Asaltos a la historia: Reimaginando la ficción histórica hispanoamericana (Ediciones Eón, 2014). Additionally he has published articles and book chapters on Mexican literature in the US, Mexico, and Europe.

Event sponsored by Department of Spanish and Portuguese, Latin American and Iberian Institute (with support from the US Department of Education Title VI)

Price, Dr. Brian. "Mexico in the Key of Rock: Some Thoughts on Music and Literature." (2018). https://digitalrepository.unm.edu/laii_events/64