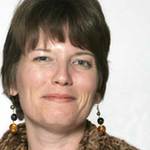 Join us for the last presentation in the Fall 2017 LAII Lecture Series as we welcome to campus Dr. Aurolyn Luykx, Associate Professor of Anthropology and Teacher Education at the University of Texas at El Paso.

Over the past few decades, bilingual education has been a subject of intense debate across the Americas. In the US, such debates usually occur in the context of immigration politics, though this linkage can be misleading in its assumption that linguistic diversity is something brought in by "foreigners." In Latin America as well, bilingual education is closely linked to questions of national identity and racial/ethnic diversity, but within a very different ideological landscape. In several countries to the south, acceptance of ethno-linguistic diversity is increasingly seen as a sign of democratization, even while the legacy of linguistic racism persists. Comparing governmental bilingual education efforts across a range of political contexts reveals how ideologies about language connect to broader national goals and ideals.

Luykx received her PhD in Linguistic Anthropology from UT-Austin in 1993. During the subsequent decade, she lived and worked in Bolivia, aiding in the country's transition to a nationwide system of bilingual-intercultural education. She was a founding faculty member of the Programa de Formación en Educación Intercultural Bilingüe Para los Paises Andinos (PROEIB Andes), a graduate program for indigenous educators from throughout the Andean region. From 2001-2005, she researched immigrant elementary students as part of the Science for All project at the University of Miami. Since joining the UTEP faculty in 2005, her teaching and research have focused on the education of ethnolinguistic minority populations, and the anthropological study of race, bilingualism, sexuality, and schooling.

Luykx, Dr. Aurolyn. "The Contradictory Fortunes of Bilingual Education in the US and Latin America." (2017). https://digitalrepository.unm.edu/laii_events/62