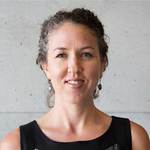 Join the Department of Geography and Environmental Studies for a presentation with Dr. Jennifer Tucker, who shares her research focused on urban development in the Paraguay-Brazil borderlands as part of the department's Autumn 2017 Colloquium Series.

This talk analyzes the relationships between urban development and outlaw capital in the borderlands of Brazil and Paraguay. The key frontier boomtown, Ciudad del Este, Paraguay, is described in press accounts as the “largest illicit economy in the Western Hemisphere.” Founded in the 1950s as a tiny frontier outpost facing down an expansionist Brazil, the city subsequently boomed, becoming a key hub in global trading networks. Indeed, the value of the extralegal border trade once exceeded the GDP of the entire nation. Tens of thousands of small-scale Brazilian “ant traders” and Paraguayan street vendors eke out precarious livelihoods by connecting the Brazilian middle class with cheap consumer goods from East Asia. They are joined by elite businessmen from Lebanon to Seoul. Yet this is not a story about Ciudad del Este as a corrupt space of lawlessness, the most common frame used to describe the city. Rather, I argue outlaw economies are integral to, not deviant from, global capitalism. This talk describes how outlaw capital produces places built to capture profits from illicit trade at the same time as they reproduce social exclusion. Through an ethnography of extralegality, I argue this “contraband city” is useful to global capitalism as I also show how state power is made in and through outlaw capital. Understanding how outlaw capital reproduces stark inequalities and constrains democracy will strengthen social movements across the Americas.

Event sponsored by Department of Geography and Environmental Studies.