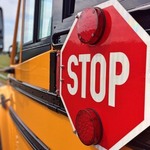 Dr. Ricky Lee Allen received his Ph.D. in Education (Urban Schooling) from the University of California, Los Angeles. He specializes in critical race studies, critical whiteness studies, and critical social theory. His scholarship focuses on the theoretical and philosophical underpinnings of White identity politics. His publications include "The Globalization of White Supremacy: Toward a Critical Discourse on the Racialization of the World," "Whiteness and Critical Pedagogy," and "What About Poor White People?" His courses include Whiteness Studies, Critical Race Theory, Paulo Freire, and Philosophy of Education. Before becoming a professor, Allen was a secondary science teacher in suburban Cincinnati, rural Indiana, and urban Los Angeles.

Allen's presentation considers how, even after decades of academic and public attention, the relationship between race and education is still largely misunderstood because we do not situate it within an accurate social and historical context. Race and racism are structural aspects of a racialized social system that organizes people into "races," privileges "whites," assigns relative "value" according to body schema, and produces and maintains hierarchies between racial groups. Education plays a role in re-creating this racialized social system, as do institutions and other phenomena external to schooling. Absent a consciousness of how this system operates, we misrecognize affluent white schools as "good" and white people as "normal." This talk will challenge discourse that constructs white "successes" as a model by deconstructing how they are caught up in dehumanizing processes.