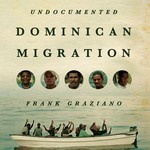 This presentation summarizes the causes of undocumented migration, describes the methods used by smugglers, follows the migrants from predeparture to arrival and settlement, and details the response of federal border-enforcement and prosecution agencies. Photographs and video clips taken during the fieldwork and acquired from the US Coast Guard and Border Patrol will be presented alongside the research findings. The ethnographic research for this project included about a hundred interviews with migrants, smugglers, and US border enforcement officials and culminates in a book, Undocumented Dominican Migration, forthcoming (2012) from the University of Texas Press.Thousands of Dominicans risk their lives on outboard powered wooden boats (known as yolas) to cross the Mona Passage and reach the neighboring island of Puerto Rico. As a commonwealth of the United States, Puerto Rico attracts migrants with its dollar economy and its access to the mainland without a passport or visa. For some migrants Puerto Rico is the final destination; for others it is a stopover en route to New York and other US cities.

Professor Frank Graziano, John D. MacArthur Professor of Hispanic Studies at Connecticut University. Since the beginning of his career in 1990, Frank Graziano has written on an extraordinarily wide range of topics in Latin American culture. He recently completed Undocumented Dominican Migration, which is forthcoming from University of Texas Press. The book analyzes the complex causation of boat migration, taking into account the interacting structural, cultural and psychological factors that motivate migrant departures. The book has a companion website, undocumented-dominican-migration.com. Professor Graziano also organized a related conference, "Undocumented Hispanic Migration: On the Margins of a Dream," held at Connecticut College on October 16-18, 2009. Professor Graziano is the recipient of many prestigious awards in support of his research and writing. He has received grants and fellowships from the National Endowment for the Arts, the National Endowment for the Humanities, the American Council of Learned Societies, the John Carter Brown Library, the Fulbright and Fulbright-Hays Programs, and the Rockefeller Foundation Bellagio Center, among many others. He has been an invited speaker at many institutions in the United States and abroad, including Boston, Brown, Duke, Emory, New York, Princeton, and Yale Universities, the Americas Society, University of London, Instituto Nacional de Antropología y Pensamiento Latinoamericano (Buenos Aires), Universidad de Buenos Aires, Centro Bartolomé de Las Casas (Cuzco), and Pontificia Universidad Católica del Perú (Lima).