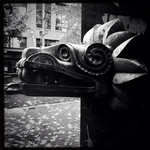 This lecture inquires into the abundant and illuminating appearance of the Feathered Serpent or La Serpiente Emplumada Quetzalcóatl within a modern cultural and literary context. This guardian of civilization, re-creative power, wind, and penitence (in his form as a priest-king) maintains his presence across Mexican history dating back to ancient sources. The recurring references to the Feathered Serpent within modern Mexican literature point to a preoccupation with his significance within the Aztec/Mexica cosmovision as well as outside of it. The foundational value of this Indianist preoccupation in the modern Mexican cultural and literary imagination operates along a distinct paradigm severed and extracted from Aztec mythology and pre-Hispanic primary sources. As disconnected as this paradigm may be, it still heavily depends upon Aztec images and aesthetic leitmotifs transferred into a modern framework on the part of Mexican writers, primarily Octavio Paz and José Vasconcelos, who inscribe this inherited neo-Aztec aesthetic into a political, historical, cultural, and ideological vision.

The discussion revolves around the intellectual and cultural symbol Quetzalcóatl within Mexican literary and cultural production as an archetypal emblem of revolution, change, renovation, and a vision towards the future while maintaining the anchor of Mexican 'tradition' based on an originary mythical source which resists a eurocentric paradigm of thought. These writers employ this inherited aesthetic, specifically concentrated in Quetzalcóatl as a medium to exercise a political and ideological critique of Mexico after the Revolution.

Cynthia Casas received her Ph.D. in 2012 from Stanford University. Here, she coordinated the Spanish for Home-Background Speakers program (SHBS) and also taught Heritage Spanish. She also taught Spanish as a foreign language at Stanford and previously taught French at the University of New Mexico. Her background in Comparative Literature and Cultural Studies complements her research interests in inter-cultural and globalizing processes as well as trans-historical formations within social, political, and literary spheres. In addition to cultural theory and critical discourse, Casas is also interested in the appearance of Mesoamerican myth and iconography in modern Mexican literature and their contribution to poetic/intellectual aesthetics and nationalistic discourses. Her research areas include Nineteenth and Twentieth-Century Latin American Literature; Mexican and Chicano Literature; analyses of cultural production, social movements, discourse, and ideology; Mesoamerican mythology and anthropology in Modern Latin American/Chicano literature and culture; and the Latin American Vanguard alongside artistic, intellectual, and cultural discourses.