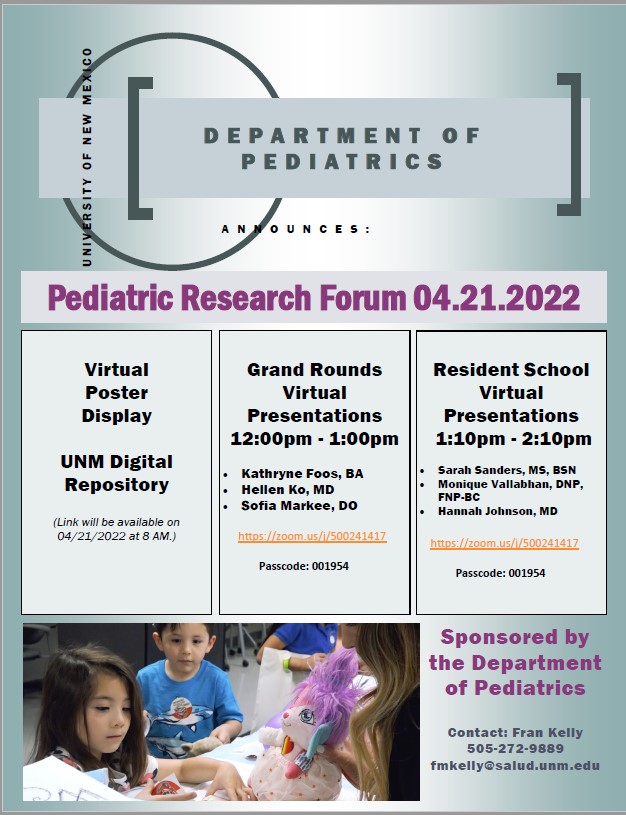 Background: Studies investigating differences in regional brain volumes in children during early childhood are limited. Many theories suggest the anterior cingulate cortex (ACC) is at the center of the brain’s self-regulatory system playing a key role in learning and emotion. Our aim is to investigate the volume of the ACC identified with MRI and developmental outcomes in children at 18 months. We hypothesize the volume of the ACC will be larger in children who received more positive directing behaviors from their mothers during play and ACC volumes will be larger in children with higher cognitive and language scores as measured by the Bayley Scales of Infant Development (BSID-III).

Methods: Healthy term infants were recruited in Albuquerque, NM as part of a longitudinal study of parenting and child development. MRI scans were manually traced for volumes of the ACC (n=22). The BSID-III measured cognitive and language development. Maternal Attention Directing Manual (Landry 2000) was used to code free-play videos of maternal-child dyads, focusing on positive and negative maternal directing behaviors.

Markee, Sofia. "The Influence of Maternal-Child Interactions During Early Child Development and the Impact on Anterior Cingulate Cortex Volumes." (2022). https://digitalrepository.unm.edu/hsc_2022_pediatric_research/17