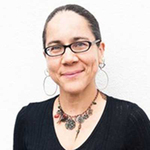 John Donald Robb’s Imperative to Collect: Towards an Archival Ethnography of the Robb Archive of Southwestern Music

John Donald Robb (1892-1989) was a mid-career and extremely successful New York City lawyer when he decided to radically alter his career path in 1941 by becoming head of the University of New Mexico’s Music Department and completely devoting himself to music as a composer, educator and pioneering collector of folk music. This project is focused on this last facet of his adventurous and multi-faceted professional life. His impressive collection of approximately 3,000 songs and oral histories is housed at the University of New Mexico’s Robb Archive of Southwestern Music. Why did Robb devote so much time and effort to gathering this collection of music field recordings? Why did he deem his efforts important? What did he think his efforts would yield for the communities he studied and the society at large? What pleasures, victories, disappointments and frustrations did the process of collecting provide him at the personal level—as a collector, as a scholar, as a family man and as an musician? What impact did his passion for collecting have on his professional and personal life? Important clues to answering these questions are in the myriad lectures, notes, correspondence, interviews, autobiographical writings, and oral histories that are part of the J.D. Robb Papers, 1915-1989 at UNM’s Center for Southwest Research. This project is simultaneously a biographical exploration of Robb and a first step towards an archival ethnography of the Robb Archive of Southwestern Music.

Raquel Z. Rivera is Affiliated Scholar of the Center for Puerto Rican Studies at Hunter College in New York City. Co-editor of the anthology Reggaeton (Duke University Press 2009), she is also author of New York Ricans from the Hip Hop Zone (Palgrave Macmillan 2003) and numerous articles on Latino popular and folk cultures. Her areas of scholarly interest also include race and ethnicity, nation and diaspora, and the intersections between Latino and Africana studies.

Raquel was awarded the Greenleaf Visiting Library Scholar travel grant for October 31-November 21, 2011. This grant is made possible by a generous gift to the LAII from Dr. Richard E. Greenleaf, and is intended to provide scholars who specialize in Latin America the opportunity to work with one of the largest and most complete library collections on Latin America in the United States.