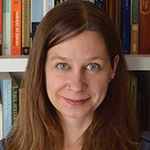 On September 11, 1973, the Chilean armed forces carried out a coup against the democratically-elected government of Socialist president Salvador Allende. In the months that followed the military regime, led by General Augusto Pinochet, launched a massive campaign of repression against supporters of Allende’s govern¬ment, including unionists, student leaders, and leftist political party members. A transnational solidarity move¬ment emerged from the relationship between exile communities, international organizations, and opposition groups in Chile. By the 1980s, many of these groups transitioned to human rights organizations. Through its embrace of human rights, the solidarity movement challenged Cold War polarities. An analysis of the relation¬ship between popular culture and the solidarity movement sheds light on the nature of the uneven shift from a Marxist, anti-imperialist agenda to a broader human rights platform. This project examines the solidarity movement through cultural practices, including needlework, football, music, and beauty pageants. The South¬west Historical Center’s collection contains valuable resources related to U.S. solidarity with Latin America. This project has made particular use of the Kay Cole papers and Slick poster collection. Kay Cole’s leadership in the Chilean solidarity brought together Latin American, Indian rights’, feminist, and Chicano movements.

Brenda Elsey is Assistant Professor of History at Hofstra University in New York. She also is Director of Women’s Studies and Co-Director of Latin American and Caribbean Studies at Hofstra. Her research interests include the history of politics and popular culture in 20th century Latin America, social theory, and gender studies.

Brenda was awarded the Greenleaf Visiting Library Scholar travel grant funded by a generous gift to the LAII from Dr. Richard E. Greenleaf, intended to provide faculty and graduate students who specialize in Latin America the opportu nity to work with one of the largest and most complete collections on Latin America in the United States.