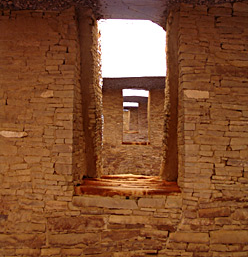 Is It Evolution Yet? A Critique of Evolutionary Archaeology

The application of Darwinian evolutionary theory to archaeology has taken two divergent and rather distinct paths over the past two decades. According to one program, often referred to as evolutionary archaeology, cultural change as seen in the archaeological record can best be explained in terms of the direct action of natural selection and other Darwinian processes on heritable variation in artifacts and behavior. The other approach, referred to as evolutionary or behavioral ecology, explains cultural and behavioral change as forms of phenotypic adaptation to varying social and ecological conditions, using the assumption that natural selection has designed organisms to respond to local conditions in; fitness-enhancing ways. We argue that the primary conflict between the two approaches centers on fundamental differences in the way they view the explanatory role of phenotypic variation and more specifically a disagreement over whether behavioral innovation is random with respect to adaptive value (including related issues of current versus future selective advantage and the- explanatory role of intentions). These differences lead to contrasts in explanatory scope, empirical application, and theoretical conclusions, which in turn provide the basis for our evaluation of the relative utility of each approach for explaining archaeological phenomena.