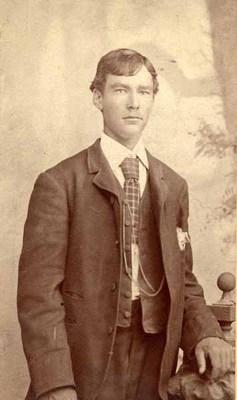 Photo - Elfego Baca, age 19, Deputy Sheriff of Socorro County, held off a mob of Texas cowboys at San Francisco, Reserve, west of Socorro, attacking him for arresting one of their drunken fellows for shooting up the town and disturbing its citizens. Baca was an attorney, school superintendent, mayor and district attorney in Socorro, legal counsel to Mexico, candidate for U.S. Senator and NM Governor, and owned and edited several popular newspapers. He always defended the underdog and wanted Anglos to respect New Mexicans as equals and give them the same chances and benefits they gave their fellow Easterners.