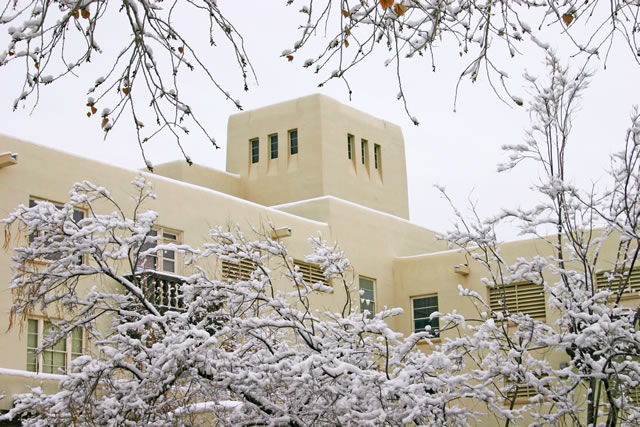 Pre-Boomer Students On Campus: An Exploratory Study of How Students Born Before 1946 Experience the Youth-Oriented Campus Culture at UNM

Older learners have been studied thoroughly, except for those born before 1946, preceding the post-war "population bulge" (Carlson, 2008; Laditka, Fischer, Laditka, & Segal, 2004; Verstynen, 2011). Most such studies define "older" as over 25 or over 40, and fail to separate the subject group from those who came later. Defining a group by numerical age is problematic because it changes every year and soon omits the group's defining life experiences (Pilcher, 1994), which for this group include the Great Depression, World War II, the polio epidemic, and life before television. To address that gap this critical ethnography explored the experience of Pre-Boomers at UNM. Through qualitative analysis of data collected from volunteer participants in semi-structured interviews and a focus group, supplemented with the author's own observations as both pre-boomer and researcher, and contextual literature, an understanding of students born before 1946 and of their perceptions about the campus culture emerged. In 2017 a total of 212 individual Pre-Boomers were enrolled at all loads and levels at UNM. Of those, 23 were enrolled for degrees, some are enjoying retirement, and some are employed or self-employed or preparing for a career change to keep working. The study participants are active in the campus community and contribute their "living history" experience to classroom discussions, enriching traditional students' learning experience. They described little significant age discrimination although some reported occasionally feeling invisible or irrelevant. Future studies should examine why other Pre-Boomers have not enrolled and whether factors that discouraged them should be addressed.