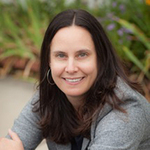 Join the LAII and the Department of Political Science for the second presentation in the Spring 2018 LAII Lecture Series, as Dr. Carew Boulding presents on poverty and political participation in Latin America.

Boulding is Associate Professor of Political Science and the University of Colorado Boulder. She holds a PhD from the University of California San Diego, and is the author of the book, NGOs, Political Protest, and Civil Society, published by Cambridge University Press in 2014. She is currently working on a new book on poverty and political participation in Latin America. She has also worked on NGOs and credit-claiming, the impact of participatory budgeting on well-being, political competition and social spending, and voter turnout in Bolivia and Brazil, civil society and support for democratic political systems, and attitudes of indigenous people toward the government in Bolivia. Her work has been published in Journal of Politics, Comparative Political Studies, Latin American Research Review, Party Politics, Studies in Comparative International Development, and World Development.

Event sponsored by Department of Political Science, Latin American and Iberian Institute (with support from the US Department of Education Title VI).