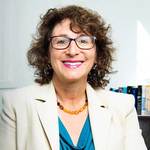 Contesting Violence Against Women: Constructing Human Rights at the Frontiers of Globalization

Join us for a presentation in the Fall 2017 LAII Lecture Series as we hear from Dr. Alison Brysk, the Duncan and Suzanne Mellichamp Professor of Global Governance at the University of California, Santa Barbara, as she speaks on "Contesting Violence Against Women: Constructing Human Rights at the Frontiers of Globalization."

It is estimated that one out of three women in the world suffers gender-based violence. "One billion women are missing" from human rights. In some semi-liberal regimes, violence seems to be rising despite development and social modernization - yet so is resistance. Human rights models for reform can help us to understand this process, but they must be supplemented with feminist critiques and emerging understandings of "private wrongs." We will discuss how a dynamic combination of global governance and grassroots protest is ttransforming law, policy, and norms towards violence against women in the "BRICS and beyond" - including Brazil, Mexico, India, South Africa, the Philippines, and Turkey.

Brysk is the author or editor of eleven books on human rights, including From TRIBAL Village to Global Village, Human Rights and Private Wrongs, and Speaking Rights to Power. She was a Fulbright Professor in 2007 (Canada) and 2011 (India), a Fellow at the Woodrow Wilson Center in 2013-2014, and the International Studies Association Distinguished Scholar in Human Rights 2015-2016. She has lectured and held visiting professorships throughout Europe, Latin America, South Asia, South Africa, and Australia.