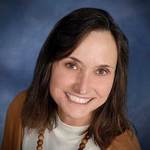 Archives, Historical Memory, and Human Rights in Guatemala: The Case of Fernando Garcia

Join us for the second presentation in the Fall 2017 LAII Lecture Series as Dr. Virginia Garrard-Burnett presents on "Archives, Historical Memory, and Human Rights in Guatemala: The Case of Fernando Garcia."

In 1984, a young Guatemalan labor activist by the name of Edgar Fernando García was "disappeared" by the Policia Nacional from the streets of Guatemala City. He left behind his wife, Nineth de Garcia, and a young daughter; his body was never located. The following year, Nineth helped to found the Grupo de Apoyo Mutuo, a families of the disappeared group that was among the first to openly confront Guatemala's military government for its atrocities against the civilian population. After the armed conflict came to an end, Nineth García eventually went on to become an influential member of the National Assembly and a reformist presidential candidate. Their daughter, Alejandra, is now a prominent human rights attorney. Decades later, the (accidental) discovery of the Archivo Histórico de la Policia Nacional de Guatemala (AHPN) in 2005, which housed more than 80 million documents, made it possible for many Guatemalans who had lost family members to the security forces in the 1960s, 1970s, and 1990s, to learn about the final disposition of their loved ones. Because of the prominence and persistence of his family members, Fernando Garcia's was among the first to be researched in the APHN and also one of the first to result in successful legal proceedings against the members of the AHPN for human rights abuses. This presentation will explore how archival research of historical documents, as in the García case, can shed light on legal proceedings such as this.

Garrard-Burnett received her PhD in History from Tulane University and has been on the faculty at the University of Texas since 1990. She is Director of LLILAS Benson and a professor in Latin American history. Her most recent work, which she co-edited with Stephen Dove and Paul Freston, the Cambridge History of Religions in Latin America, was published in April, 2016. She is author of Terror in the Land of the Holy Spirit: Guatemala Under General Efraín Ríos Montt, 1982-1983 (Oxford, 2010); Terror en la tierra del Espiritu Santo (Guatemala: AVANCSO, 2012); Viviendo en La Nueva Jerusalem (Guatemala: Editorial Piedra Santa, 2009), Protestantism in Guatemala: Living in the New Jerusalem (University of Texas Press, 1998). She is co-editor, along with Mark Lawrence and Julio Moreno, of Beyond the Eagle's Shadow: New Histories of Latin America's Cold War (University of New Mexico Press, 2013). She has also edited On Earth as it is in Heaven: Religion and Society in Latin America(Scholarly Resources, 2000) and co-edited with David Stoll, Rethinking Protestantism in Latin America (Temple, 1993). She is also co-author, with Peter Henderson and Bryan McCann, of the History of Modern Latin America(Oxford University Press, forthcoming 2018). Her research interests include: historic memory and human rights during the Cold War in Latin America, archives and digital humanities, and contemporary Central American history. She is equally interested in religious movements and ethnic identity in Latin America, Pentecostalism and other Protestant movements, and the intersection of religion, culture, and politics in Latin America.