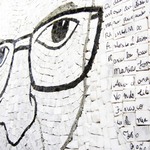 Transforming the Loveless Society: Psychoanalysis in the Work of Paulo Freire

In this presentation Dr. Ricky Lee Allen discusses psychoanalysis in Paulo Freire’s work. Allen contends that the psychoanalytic dimension of Freire’s work is understudied, and this must be remedied to realize the fuller potential of critical pedagogy. Oppressive societies are loveless arrangements caught up in psychosocial cycles of abuse, terror, surveillance, and violence. Allen seeks to disrupt this reality through an amplification of the psychoanalytic theory at the heart of Freire’s work. He will look at the links to Frantz Fanon, Albert Memmi, and Erich Fromm. Finally, he will suggest a transformation of the loveless society through a critical pedagogy of healing.

Ricky Lee Allen, an Associate Professor in the Department of Language, Literacy & Sociocultural Studies at UNM, received his Ph.D. in Education (Urban Schooling) from the University of California, Los Angeles. He specializes in critical race studies, critical whiteness studies, and critical social theory. In his scholarship, Allen conducts critical theoretical studies of the material and psychic aspects of white existence. His courses include Whiteness Studies, Critical Race Theory, Paulo Freire, and Philosophy of Education. Before becoming a professor, Allen was a secondary science teacher in suburban Cincinnati, rural Indiana, and urban Los Angeles.

This podcast is provided courtesy of the Latin American and Iberian Institute at the University of New Mexico. For more information, please visit http://laii.unm.edu/resources/podcasts.php.