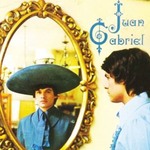 Secreto a Voces: Excess, Vocality, and Jotería in the Performance of Juan Gabriel

By focusing on Juan Gabriel’s excesses in his vocality and the performance of his musical persona, this presentation theorizes the notion of jotería as a libidinal economy of excesses that puts in evidence the contradictions, silences, and absences of the Mexican and Latin American heteronormative fantasies.

Alejandro L. Madrid received his PhD in musicology and comparative cultural studies from the Ohio State University. His research focuses on the intersection of modernity, tradition, and globalization in music, dance, and expressive culture from Mexico, the U.S.-Mexico border, the Circum-Caribbean, and among Latinos in the U.S. Madrid’s publications have received numerous awards; among them, the Robert M. Stevenson and Ruth A. Solie awards from the AMS, the Béla Bartók Award from the ASCAP Foundation, the Woody Guthrie Award from IASPM, and the Premio Casa de las Américas. Currently, he is associate professor of ethnomusicology at Cornell University.