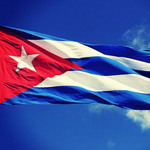 Skeptics of Cuban rapprochement sometimes point to the revolutionary government's economic organization as something requiring reform before full normalization of economic relations can take place. Dr. Rafael Betancourt details how significant economic reform is already under way -- and how the government struggles between the sometimes competing objectives of private economic risk and reward versus the national policy of nationwide equality. "After 50 years of revolution we have not been able to produce an equal society -- and I don't know if we ever will," Betancourt said, last month in Havana. But clearly, that objective remains a cornerstone of Cuban economic policy.

Betancourt is an economist with 30 years' experience in both the business world and academia. He is a professor at Colegio Universitario San Gerónimo de La Habana, the Universidad de La Habana and Instituto Superior Politécnico José Antonio Echevarría. He is also a consultant at Havanada Consulting Inc., a Canada-based nonprofit dedicated to promoting a socially responsible entrepreneurship and economic structure in Cuba.

This podcast was produced by the Latin American and Iberian Institute at the University of New Mexico. For more information, visit http://laii.unm.edu/resources/podcasts.php