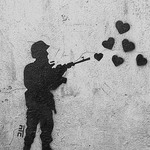 In Colombia, Peace will Never Come: the (Trans)Nationality of the National Security State

In this presentation, Dr. Les W. Field draws upon his research in Latin America and in Israel/Occupied Palestine. In Colombia, on the one hand, and in Israel/Occupied Palestine on the other, two apparently distinct sets of phenomena co-exist in extensive contemporary time: peace talks, national reconciliation, restorative justice, and mediation workshops compose one set; waves of intensive violence, displacement of communities and minority populations, unaccountability for human rights violations, and exacerbated polarization of political and ideological positions compose the other set. The paradigm of the never-ending peace talks that never produce peace, but instead produce and re-produce the conditions for an ever more powerful National Security State in the two countries lies at the center of this paper's descriptive analysis.

Les W. Field, who received his PhD from Duke University in 1987, is a Full Professor in the Department of Anthropology at the University of New Mexico (UNM), as well as a faculty affiliate of the UNM Latin American & Iberian Institute. Field's current research in Colombia, which focuses upon archaeology, illicit excavation, indigenous communities, and museums, has been funded by a Fulbright Fellowship and the Wenner-Gren Foundation. In South, Central, and North America, Field's research has hinged upon establishing relations of collaboration with communities concerning the goals, methods, agendas and products of anthropological work, and is reflected in his co-edited volume (with Richard Fox), titled Anthropology Put to Work (2007, Berg Publishers).