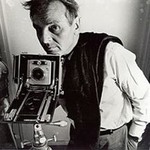 Refugees, Natives, and Kites: Hans Namuth in Spain and Guatemala

Hans Namuth, most well-known for his photographs and films of Jackson Pollock painting, enjoyed fame as a leading photographer of visual artists during the second half of the 20th century. This achievement, however, eclipses Namuth's equally significant contributions as a photojournalist. For instance, Namuth was on assignment in Barcelona, Spain to cover the 1936 Worker's Olympiad (a protest against the Berlin Olympics) when Civil War broke out. Although the games were cancelled, Namuth stayed in Spain photographing for Vu Magazine. Namuth's photos were subsequently used as evidence to prove that Robert Capa's famous photo, Death of a Loyalist Soldier, was not faked as is often asserted. Another one of Namuth's Spanish Civil War photographs was used by John Heartfield in a collage. After World War II, Namuth married Carmen Herrera, a Guatemalan citizen. He visited that country for the first time in 1946. While there he met a young anthropologist, Maud Oakes, who asked him to photograph the Mam Indians in the small village of Todos Santos, near Huehuetenango for the book she was writing. After an earthquake devastated the region in 1976, Namuth returned to discover that in the passage of thirty years the Mam Indians were suffering not only from the aftermath of the earthquake but also from the negative effects of corporate colonialism. He began a project to photograph all of the Mam of Todos Santos in order to document their rapidly changing culture. In addition, Namuth is responsible for increasing the world's awareness of Santiago de Sacatepequez, another small village known for the large, colorful kites the Kaqchikel Indians construct and fly from their cemetery on All Saints Day. This presentation examines Hans Namuth's contributions to the history of photography with an emphasis on how his efforts as a photographer in Spain and Guatemala helped promote social justice in the world.

Dr. Brian Winkenweder is an associate professor of art history and the chair of the Department of Art and Visual Culture at Linfield College in McMinnville, Oregon. He is the author of Reading Wittgenstein: Robert Morris's Art-as-Philosophy. He co-edited, with David Craven, Dialectical Conversions: Donald Kuspit's Art Criticism. He was the 2012 Ansel Adams Fellow at the Center for Creative Photography where he studied Hans Namuth's archive, the subject of his next book. Simultaneously, he is editing the collected writings of David Craven. In the 1990s, Dr. Winkenweder completed master's degrees in English and Art History at UNM.