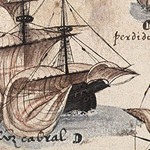 In this presentation with Landscape Architect Professor Baker Morrow, Professor Morrow shares about his recently published work of translation, "Whatever Happened to Cabeza de Vaca? The South American Expeditions, 1540-1545, by Alvar Núñez Cabeza de Vaca: "The great explorer Alvar Nunez Cabeza de Vaca, who was born in Jerez de la Frontera, Spain, about A.D. 1478, was the earliest European to visit New Mexico and the Southwest in the 1520s. Cabeza de Vaca and his three companions were the first people to walk across North America from east to west, beginning in Florida and ending their journey on the coast of the Sea of Cortes in 1535. But few people know of his "second act," his time as royal governor from 1540-1545 in the Rio de la Plata, South America, where he saved the nascent Spanish colony, continued his endless explorations, and discovered Yguazu Falls." Mr. Baker Morrow's new book, Cabeza de Vaca: The South American Explorations, 1540-1545, is the first complete English translation of Cabeza de Vaca's own memoir in 500 years. His comments on the early American landscape and its peoples and customs paint a wonderful portrait of the New World of half a millennium ago."

Baker H. Morrow, FASLA, has been a principal of Morrow Reardon Wilkinson Miller, Ltd., Landscape Architects for the past 36 years. Mr. Morrow is Professor of Practice of Landscape Architecture at the University of New Mexico (since 1975), where he is the founder of the MLA program in the School of Architecture and Planning. A third-generation New Mexican, he is the author of a number of books, including Best Plants for New Mexico Gardens and Landscapes and A Dictionary of Landscape Architecture, and the co-editor of Canyon Gardens: The Ancient Pueblo Landscapes of the American Southwest. Professor Morrow is an award-winning landscape architect, experienced at working with stakeholders on pressing issues in both English and Spanish. He and his firm have received over 90 design awards and citations since 1980. Practicing in New Mexico and the surrounding area, he has served as project manager and principal in charge for more than 3000 projects.

Among Professor Morrow's award winning projects are the Journal Center, the New Mexico State Fairgrounds entries, Park Square, Dietz Farm Plaza, Children's Psychiatric Center at UNM, St. Joseph Square, the Albuquerque Academy, and Yale Boulevard in Albuquerque. Morrow Reardon Wilkinson Miller, Ltd. has also developed plans for many other important New Mexican projects, including the Big I interchange (I-25 and I-40) in Albuquerque, Citywide Median Prototype Landscapes (30-40 miles) in Albuquerque, Sun Healthcare World Headquarters, and Alto and Siringo parks in Santa Fe. Professor Morrow is currently working on projects such as Las Soleras in Santa Fe and Salinas Pueblo Missions National Monument, Martineztown Park in Downtown Albuquerque, and the redesign of downtown Eunice and Artesia, NM. Professor Morrow was elected a Fellow of the American Society of Landscape Architects in 2001. Morrow's research interests include historic landscapes, plants, contemporary Southwestern urban design, regional landscapes of the Southwest, and the landscape architecture of Latin America and Russia.