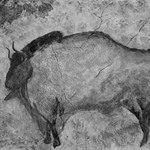 The Old Stone Age of Iberia: from Homo Antecessor to Homo Sapiens, 1 million to 10 Thousand Years Ago

This special presentation with Lawrence Guy Straus explores how "The human settlement of Europe began in the Iberian Peninsula, about 1.4 million years ago. Over the course of time, successive species-- Homo antecessor, Homo heidelbergensis, Homo sapiens neanderthalensis and Homo sapiens sapiens--have adapted to the diverse and changing landscapes of what are today Spain and Portugal. Indeed humankind in Europe has survived repeated Ice Ages by seeking refuge in Iberia, as well as in the two other Mediterranean peninsulas. The Neanderthals evolved from populations of early Homo--very well represented in the Castilian sites of Atapuerca--about 300,000 years ago and some of the last Neanderthals survived until about 30,000 years ago in southern Portugal and Spain (including Gibraltar). It was in northern Spain that cave art (in Altamira) was first recognized some 125 years ago as the work of anatomically modern Upper Paleolithic people (about 40,000-13,000 years ago) and some of the oldest and most spectacular cave and open-air rock art in the world is now known at hundreds of sites there and in eastern and southern Spain and Portugal. The ways of life based on hunting, fishing and gathering gradually came to an end across the Peninsula during a transition that spanned the end of the Last Glacial and beginning of the present Interglacial, culminating with the adoption of agriculture and animal husbandry between about 7000-6000 years ago." Professor Straus will describe the long, rich record of Stone Age humans in Iberia in this illustrated lecture.

Professor Lawrence Straus from the UNM Department of Anthropology has done archeological research in Spain and Portugal (as well as in France and Belgium) for 40 years and is the Leslie Spier Distinguished Professor of Anthropology and Editor-in-Chief of the Journal of Anthropological Research at UNM. Since 1996 he has been directing excavations in El Miron Cave (Cantabria, Spain) together with Prof. M.R.Gonzalez Morales, uncovering a cultural sequence ranging from the late Middle Paleolithic to the Bronze Age, 41,000 BP-AD 1400.

In a recent UNM Today article, Karen Wentworth wrote: Straus has spent 17 years actively excavating El Mirón. Each summer since 1996 he has led a team of graduate and undergraduate students in search of information about the people who lived in or used the cave. He spent this summer in Spain doing analyses of stone and bone artifacts collected from El Mirón and consulting with the human paleontologists who are analyzing the skeleton found there in 2010-11. The remains have been carbon-dated to be about 19,000 years old. A monograph, "El Miron Cave," was published by UNM Press in February. Straus is a renowned expert on the Upper Paleolithic and has specialized on the early modern humans who replaced the Neanderthals in Western Europe some 35-40,000 years ago. He has excavated in SW France, Portugal and Belgium, as well as in Spain. His 19th book, "The Magdalenian Settlement of Europe," which he co-edited with T. Terberger of Universitat Greifswald in Germany and D. Leesch of Universite de Neuchatel in Switzerland, already available electronically, is due out in hard copy as a special double issue of "Quaternary International" in September.