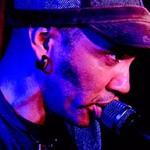 Susan Thomas is Associate Professor of Musicology and Women’s Studies at the University of Georgia. A researcher of Cuban and Latin American music, her interests include musical manifestations of and reactions to transnationalism, migration, and diaspora; and embodiment and performativity. Her book, Cuban Zarzuela: Performing Race and Gender on Havana’s Lyric Stage, was awarded the Robert M. Stevenson Prize from the American Musicological Society and the Pauline Alderman Book Award from the International Alliance of Women in Music. The recipient of residential fellowships in the David Rockefeller Center for Latin American Studies at Harvard University and the Stone Center for Latin American Studies at Tulane University, she is currently completing her second book, The Musical Mangrove: The Transnationalization of Cuban Alternative Music, for Oxford University Press.

Since the 1990s, Cuban popular music has become increasingly transnational. As highly visible and audible participants in the Cuban diaspora, musicians have been key players in the transterritorial reshaping of Cuban identity, and their professional and artistic activities have impacted state policy surrounding the meaning of citizenship. This presentation examines how changes in sound of the music itself, particularly vocal practice, accompany this shift in political identity.