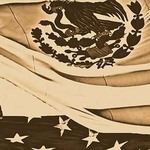 Mexico-US Trade Negotiations in the Shadow of Trump

In the first four days of his administration, President Trump set the stage for a new chapter in US-Mexican relations by prefacing a meeting in Washington on the renegotiation of the North American Free Trade Agreement (NAFTA) with an Executive Order guiding the federal government to seek funding for a wall to seal off the US-Mexico border. In response, President Enrique Peña Nieto canceled the leadership summit, elevating the standoff. Given the rocky start to this new chapter of US-Mexico relations, the negotiating position adopted by Mexico is still evolving. Using US-Mexico economic relations as a key negotiation area, this presentation first traces the economic effects of NAFTA on the US economy. Using these trends as context, the presentation then discusses how points of the US-Mexican trade relationship can serve as leverage for Mexico in the upcoming negotiations, to resist both the cancellation of NAFTA and the imposition of a Border Value Tax (BAT). The presentation ends with alternative scenarios for Mexico in reconsidering the terms of cooperation with the US on both political and trade issues.