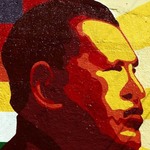 Ambassador Duddy, who served as the U.S. Ambassador to Venezuela for both President Bush and President Obama, discusses the current political situation in Venezuela following the opposition primary to select an opponent to face President Hugo Chavez in Venezuela's October presidential contest. He also reviews those elements of Venezuela's current economic and social challenges likely to figure prominently in this year's election campaign and the role of anti-Americanism in Chavez's political rhetoric.

"Ambassador Duddy is one of the Department of State's most senior Latin American specialists with exceptionally broad experience in trade, energy, public affairs and crisis management. He most-recently served as the U.S. Ambassador to the Bolivarian Republic of Venezuela where he oversaw one of the most complex political, economic and public diplomacy portfolios in the Western Hemisphere. He was the chief architect of the U.S. strategy to promote American interests in Venezuela and acted to steward of one of the United States' most important energy relationships. He also served as the lead spokesman in a nationwide public diplomacy effort to preserve strong people to people ties between the two countries while directing a staff of nearly four hundred professionals representing ten U.S. government agencies" (Duke University Center for International Studies).