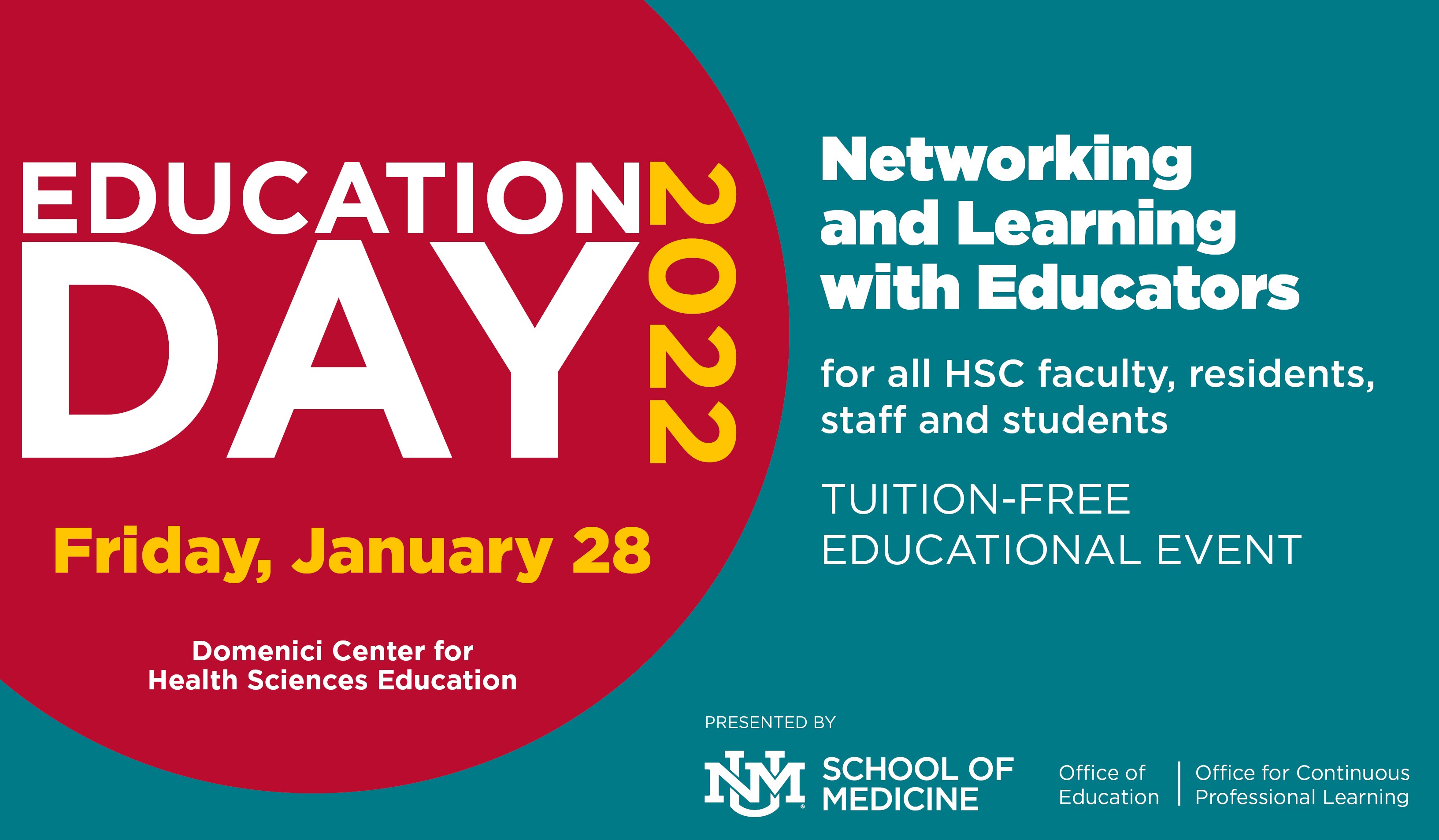 Internal medicine has hosted annual Grand Rounds series on professional well-being since 2015. Presentations have focused on fostering organizational change, a compassionate culture, and professional resilience and have included topics such as compassion, the role of sleep on clinical performance, psychological safety, and art history.

The New Mexico Chapter of the American College of Physicians and DoIM pioneered this series in 2015. This collaborative sponsorship has resulted in publicizing the presentations to clinicians outside of UNM SOM and extended the reach of this content to across the state via webcast. Topics and speakers are elicited from scholarly articles and learner requests.

The cost of hosting an annual Medical Grand Rounds series on professional well-being is minimal because this is undertaken as part of a collaborative effort and is during an existing required educational series. Integrating this programming into an existing tradition demonstrates organizational buy-in. Speakers are offered travel reimbursement and a modest honorarium.

Approximately 2200 community and academic attending physicians, residents, fellows, and students have attended twenty-two well-being themed Grand Rounds over five years. An additional approximately 75 workshops and talks have been presented in other venues directly or indirectly as a result of these Grand Rounds presentations.

Practicing physicians and learners are eager to learn more about professional well-being and fulfillment. Integrating well-being topics into an existing Grand Rounds structure is a scalable and sustainable way to promote discussions about professional wellness. Collaborations between academic medical centers and professional societies broadens the audience and connects community and academic physicians, and can cascade to presentations and workshops in multiple, diverse venues with various groups of learners.

This document is currently not available here.