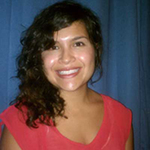 From Place to Property: Landscape/Land Tenure in New Mexico

Between 1892 and 1896, the Surveyor General completed a plat map of the Town of Abiquiu grant and its landmarks for the Court of Private Land Claims. It pictures a latticework of twenty-seven, nearly identical squares punctuated by landmarks and place names. Only a few decades after its completion, Georgia O’Keeffe began painting in New Mexico, creating her characteristic landscapes of animal bones scattered along unmarked, flesh tone expanses. For this talk, I offer two visions of a single though multiply signifiable landscape to consider the unsettling space between painting and cartography with regard to place and people. A politically and socially precarious time, New Mexico’s transition from territory to statehood and the years to follow triggered a particularly precarious set of representations across media, whose reverberations are felt throughout the twentieth century. I will thus forge a dialogue between a complex history of Hispanic and Native land tenure and its representation and a mostly Euro-American aesthetic tradition of landscape painting that pictures New Mexico as “immutable, monumental almost to incomprehensibility.” In the face of such an aesthetic imagination that visualizes New Mexico as boundless, timeless and beyond intelligibility, I offer a new landscape paradigm, one that calls for an examination of the visual, spatial and extralegal dimensions of these turn-of-the-century plat maps.

The ground of the cartographic page, as I will argue, acts as an archive of the past—albeit laconic and sometimes troubling—nonetheless recording not the immutability or emptiness of the New Mexican landscape, as landscape paintings often suggest, but shifts in internal borders through time. To reflect on these collaborative documents visually then is to begin to understand the power that resides between image, image-maker(s) and space. It is to understand, furthermore, the relationship between acts of representation and (dis)possession.

Guzmán is a doctoral student in the Visual and Cultural Studies Program at the University of Rochester, New York. She was awarded the Greenleaf Visiting Library Scholar travel grant, which is funded by a generous gift to the LAII from Dr. Richard E. Greenleaf. The travel grants provide faculty and graduate students the opportunity to work with one of the largest and most complete Latin American library collections in the United States. Guzmán will be at UNM until July 31, 2012 to examine land grant documents, warranty deeds and land titles, conveyances, and surveyor records, contained in the Spanish Archives I and II, Records of the Surveyor General, and the Records of the U.S. Court of Private Land Claims.