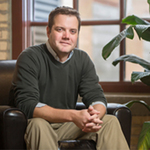 Maya Mobility on the Frontier of Colonial Yucatán

The conquest of the Maya of the Yucatán peninsula, though initiated in 1527, was considered officially successful by its chief protagonist Francisco de Montejo in 1547. Almost immediately, the documents of the Spanish colonial administration in Yucatán, both church and state, reflect a near-desperate concern with the crown’s indigenous subjects either moving from town to town or altogether leaving the area under Spanish control. By focusing on the movements of specific residents as well as larger patterns of mobility on the Spanish Yucatán’s southern border, the data collected during this project suggests that the complex of mobility strategies employed at the individual level was a key factor in some of the region’s grandest historical events. The very existence of the mobility options discussed here insist that the even the agricultural residents of the frontier areas of the peninsula could never be controlled as a true peasantry. As a result, we see the persistence of many cultural and religious practices that Spaniards had long sought to eliminate. We see interpretations of Spanish and Christian law and custom that would appear heavily distorted in the eyes of the colonizers. Finally, we see this same nuanced mobility serve as not a sufficient but necessary factor for the instigation of a several indigenous uprisings that find their physical origins in the settlements of the frontier provinces. By referring largely to documents collected and analyzed by Dr. France V. Scholes, especially those that record the secular and mendicant efforts to combat idolatry among the Maya population and associated regional maps, this project seeks to illustrate the fundamental colonial strategy of mobility as it was employed upon the defined landscape of the frontier of southern Yucatán.

The Latin American and Iberian Institute and the University Libraries Inter-American Studies Program are pleased to welcome Visiting Scholar Adam Kaeding, doctoral candidate and teaching fellow in archaeology at Boston University. Adam was awarded the Greenleaf Visiting Library Scholar travel grant for the fall 2011 semester. This grant is funded by a generous gift to the LAII from Dr. Richard E. Greenleaf, and is intended to provide faculty and graduate students who specialize in Latin America the opportunity to work with one of the largest and most complete collections on Latin America in the United States. He will be performing research at UNM from September 8 to December 10.