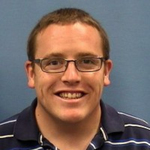 The Prosodic Structure of Code-Switching in New Mexican Spanish

Please join the LAII and University Libraries for a presentation with Richard E. Greenleaf Visiting Library Scholar Jonathan Steuck, a doctoral candidate in Hispanic Linguistics and Language Science at Penn State University. Steuck’s main research interests include code-switching and bilingualism, the prosodic-syntactic interface, and dialectical variation of intonation. Much of his work focuses on Spanish and English in the US.

Steuck will discuss his research findings regarding the tendency of speakers of Spanish and English in New Mexico to fluidly alternate between languages in the same conversation (i.e., code-switch). Research suggests that this is a skilled behavior, reflective of a high degree of language proficiency in both languages and the linguistic norms of a speech community. Recent studies have also found that bilinguals may utilize the phonetic features and quantitative patterns present in code-switching to anticipate an upcoming language switch (e.g. Fricke et al., 2016; Tamargo et al. 2016). Previous studies are constrained, however, by the exclusion of factors at the interface of prosody and syntax. This talk will help address this issue by comparing intra-sentential multi-word code-switches (MWCS) with i) English-only and Spanish-only prosodic sentences (see Chafe, 1994) from the same bilingual speakers and ii) Spanish prosodic sentences from more monolingual speakers of an older variety. A consideration of pause expression (i.e. no pause versus (un)filled pause(s)), length measures (e.g. words and seconds), and other prosodic-syntactic factors will illuminate the extent to which MWCS differ from speech where code-switches are absent. Data derive from the New Mexico Spanish-English Bilingual corpus (Torres Cacoullos & Travis, in prep) and the New Mexico-Colorado Spanish Survey (Bills & Vigil 2008). While MWCS are found to have prosodic-syntactic properties that are distinct from Spanish-only and English-only productions, MWCS are no less fluid than speech produced in only one language. Overall, this provides new insight into where code-switches tend to occur in natural discourse and indicates that the previously proposed constraints of code-switching will need to be reexamined in tandem with prosodic junctures. These findings also set the stage for experimental research exploring the prosodic-syntactic cues speakers may utilize to comprehend code-switches.