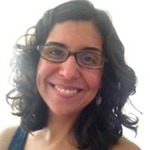 Join the LAII and the Universities libraries for a presentation with Dr. Jacqueline Avila, a Richard E. Greenleaf Visiting Library Scholar, who will discuss her current research on Mexican film music during the first half of the twentieth century. This is an interdisciplinary project that examines the function of music in the prominent film genres developed during Mexico’s silent (1896–1930) and early sound period (1931–1952). Looking at several examples of popular, regional, and orchestral music in select films, Dr. Avila examines how music contributed to creating and accentuating cinematic tropes and archetypes considered central to Mexican cultural nationalism.

Dr. Avila is an Assistant Professor in Musicology at the University of Tennessee. Her research focuses on film music and sound practice from the silent period to present and the intersections of identity, tradition, and modernity in the Hollywood and Mexican film industries. Dr. Avila was the recipient of the UC MEXUS Dissertation Research Grant, the American Musicological Society’s Howard Mayer Brown Fellowship, and the UC MEXUS Postdoctoral Fellowship (2014-2015). Her publications can be found in the Journal of Film Music, Iconic Mexico, and Latin American Music Review. She is currently writing her book manuscript, which is an examination of the function and cultural representation of music in the Mexican film industry.