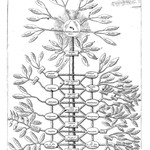 Our Holy System': Consilience and the Unity of Knowledge in the Mexican Counter-Enlightenment, 1680-1815

Throughout the eighteenth century, drastic changes were occurring in the intellectual climate of New Spain. Commonly referred to collectively as the “new philosophy” or the “new science,” these new methods of thought impacted the sphere of the religious and intellectual thinkers of the Spanish empire on both sides of the Atlantic. To many thinkers and writers, these changes were not only direct challenges to established certainties, but represented calls for radical methodologies that would lead to materialism, atheism, and the ultimate ruin of Catholic society. This presentation assesses the reactionary position of many Mexican intellectuals to an “enlightenment epistemology,” particularly in response to ilustrado publications during the mid-eighteenth century. Often labeled antiilustrados (anti-enlightened) or traditionalista/casticista (traditionalist), these reactionary thinkers have been portrayed as dogmatic, irrational, and one-dimensional figures. Emphasizing the theme of consilience, or the unity of knowledge, this research demonstrates why these traditionalistas argued against a “Catholic Enlightenment” of eighteenth-century Spanish Empire, what their specific objections were, and how these objections were rationalized and seen as legitimate arguments at the time. It demonstrates how criollo, Mexican religious intellectuals contested for epistemological hegemony in the mid-eighteenth century, proposing alternative, and at times, mutually exclusive, systems for understanding and the pursuit of truth.

George A. Klaeren is a doctoral student in the department of history at the University of Kansas. He visits the University of New Mexico as a Richard E. Greenleaf Visiting Library Scholar in Spring 2015. His thesis, “Encountering the Enlightenment: New Science, Religion, and Catholic Epistemologies across the Iberian Atlantic, 1680-1815,” examines the way that traditional modes of thinking intersected with the new philosophies of the enlightenment in the Spanish empire. He is particularly interested at the history of the dialogue between religion, science, and magic and is currently working on the history of the philosophy of science in eighteenth-century Spain.

Klaeren, George A.. "Our Holy System': Consilience and the Unity of Knowledge in the Mexican Counter-Enlightenment, 1680-1815." (2015). https://digitalrepository.unm.edu/greenleaf_scholars/15