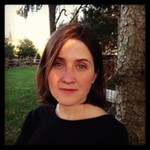 Tides of Revolution:Information and Political Mobilization in Venezuela (1789-1808)

Venezuela remained for years one of only a handful of Provinces in Colonial Spanish America without printing press. The lack of a printing press until 1808, however, did not prevent the Venezuelan public from reading, transcribing, or exchanging ideas during the Age of the Atlantic Revolutions. European travelers, such as Alexander Von Humboldt and François-Joseph Depons were impressed by the political environment that reigned in the Captaincy, whose inhabitants were well informed of recent political events in the Caribbean and Europe. Between 1789 and 1808, several popular rebellions and political movements against colonial rule erupted in Venezuela, and shortly after the 1808 Spanish Monarchical crisis, Venezuela became one of the first South American nations to declare independence from Spain. What kind of information, ideas and experiences fed the political imagination of Venezuelans? How did Venezuelan access these sources of information?

My project explores the circulation of information and the formation of political communities in Venezuela during the Age of Revolutions, when Spanish authorities became obsessed with silencing and containing local echoes of Franco-Caribbean republican values. Paradoxically, the absence of printing technology in Venezuela made these efforts even more futile. Hand-copied samizdat materials flooded the cities and ports towns of Venezuela; foreigners shared news of the French and Caribbean revolutions with locals; and Venezuelans of diverse social backgrounds met to read hard-to-come-by texts and to discuss the ideas they expounded. My work shows that the population of Venezuela had greater access to a wide range of Caribbean and European revolutionary pamphlets, anonymous broadsides, and leaflets than to the Enlightenment texts of Rousseau, Voltaire, and Raynal, which were found in a few libraries. Though distant European political thinkers may have inspired the political debates of the era, these debates were spread, contextualized, adapted, and interpreted by Caribbean and Venezuelan actors. During the Age of Revolutions, efficient information networks created by locals served to spread anti-monarchical propaganda, and abolitionist and egalitarian ideas. I will present a brief overview of my research along with my findings at the UNM Library, especially in the Ibarra Collection.