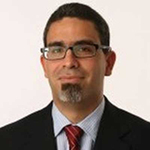 Spanish Accounts of Christian Martyrdom in Tokugawa Japan,c. 1597-c. 1945: Ideational Representations and their Circulation in Spain, the Philippines, and New Spain

This project traces the literary representation of Christian martyrdom in 17th century Japan as it was articulated, disseminated, and published in Spain and its colonial territories, specially the Philippines and New Spain. The Christian Century of Japan (1548- c.1650) coincided with the eventual unification of the country under the Tokugawa dynasty, which defined the Edo period of Japan’s his¬tory (1603-1867). Until 1614, Christianity flourished throughout the realm. Jesuits were for long the exclusive Christian missionary agents in the country since the arrival of Francis Xavier (1506-1552) at the port of Kagoshima in 1549. They were joined in the last decade of the sixteenth century by Spanish mendicants travelling from Manila. In 1614, Tokugawa Ieyasu proscribed Christianity and ordered the expulsion of European religious personnel. Consequently, an unprecedented persecution against Christians was unleashed throughout the country. In response, the missionary orders produced a unique body of religious literature, in the form of hagiographical and martyrological works, centered on the fate of European missionaries and their Japanese converts. The literature was also meant to advance the interests of the missionary orders in the Spanish court, as well as in peripheral centers of power within the Spanish empire. Religious orders not only had to earn the support of Madrid but also the patronage of political and commercial elites in Mexico City and Manila.

In this context, print proved a fruitful means of advancing the interests of each religion, and the ac-counts of martyrs proved to be a moving topic. Interestingly, this body of religious literature engendered a secondary corpus made up of devotional works produced well beyond the seventeenth century and even beyond the colonial period of New Spain. The presentation will focus on rare printed items found in the special collection of the Center for Southwest Research that illuminate this interesting chapter of religious ideational history.

Rady Roldán-Figueroa (Ph.D., Boston University) is Assistant Professor of the History of Christianity at Boston University School of Theology. He is the author of The Ascetic Spirituality of Juan de Avila (1499-1569) (Brill, 2010), and co-editor of Exploring Christian Heritage - A Reader in History and Theology (Baylor University Press, 2012). His articles have appeared in the Sixteenth Century Journal, Archiv für Reformationgeschichte/Archive for Reformation History, The Seventeenth Century, and His-tory of European Ideas, among others.

Roldán-Figueroa was awarded the Greenleaf Visiting Library Scholar travel grant, which is funded by a generous gift to the Latin American and Iberian Institute from Dr. Richard E. Greenleaf. The travel grants provide faculty, graduate students, and independent scholars the opportunity to work with one of the largest and most complete Latin American library collections in the United States.